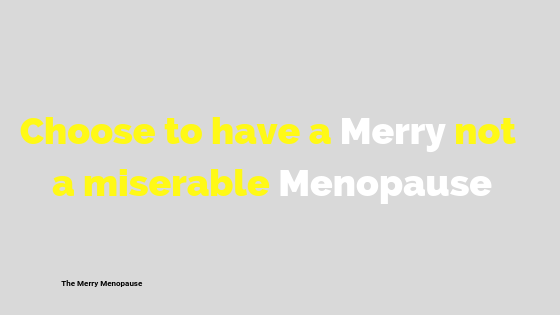 14 Mar Why I started the Merry Menopause

Posted at 12:58h in Awareness by The Merry Menopause
0 Likes
The menopause has been on my radar for a few years. Until recently it’s been a jokey reference amongst friends. If you happened to mention that you were feeling a bit warm, “must be the menopause” would be a light-hearted response. Recently, however, it’s clicked that certain changes to my mind and body indicate that at 49 I am without doubt, perimenopausal. Joking about it did not prepare me for the mental and physical changes that have crept up on me. However, if I don’t laugh about my symptoms, I am gearing myself up for a miserable few years.

So what is the menopause? I surprised myself with my lack of knowledge. Is that me burying my head in the sand? Or is the menopause still not mainstream enough to be a topic of conversation unless you are actually in it? ‘The change’ for most women starts with the perimenopause. A few years experiencing delightful symptoms such as these:-

When you haven’t had a period for a year, it’s official, you are now menopausal. The symptoms above still continue for anything up to fifteen years, and then what? There is no word for women who have come through the menopause hopefully with their sanity and relationships intact. But perhaps we could invent one? “I survived the Menopause” could be a very lucrative merchandising opportunity.

I knew about the physical changes that the perimenopause could bring, but what really crept up on me were the mental changes. Never before have I suffered from anxiety, something which I am now experiencing. It used to come on just before I bled, but as I write this I haven’t had a period for 40 days, yet I’ve been having continuous and inexplicable pangs of anxiety.

My memory is getting worse. I have resorted to sticking a post-it note on the inside of my front door, with keys, wallet, phone written on it. It would appear that I am now forgetting to read the reminder note, as I shut the front door last night, with my keys still on the inside. I now have sets of spare keys with two neighbour’s and two friend’s, covering every eventuality.

I may feel as if I am going mad, but the awareness that these are symptoms of something that is beyond my control, are enabling me to cope. I am not losing my mind, I’m not stressed or suffering from severe mental health issues. I am perimenopausal and I will be ok. I need to ride this wave of biological change. It could be gentle or it could be a tsunami, only time will tell.

When I was a teenager in the mid ’80s, my Catholic education deemed that a very brief lesson on periods or ‘the curse’ as it was affectionately known, would be more than sufficient to support us through the beginning of our hormonal journey – puberty.

The language itself was enough to make the next 35 years of menstruating painful, inconvenient and anything but positive. Adding to that, when I started my periods, my mum was experiencing the perimenopause.

I had never heard of the M word, a self-absorbed teenager, I was oblivious to her symptoms. Sadly, two women, two sets of hormones and no open discussion resulted in us having what can only be described as a painful and explosive relationship. I think of the relationship we could have had, had we talked openly about being at the opposite ends of womanhood. We could have empathised with each other and laughed with each other about our irrational behaviour and mood swings. We could have turned our miserable hormonal imbalances into something much more merry.

Luckily for us, times have changed. We are so far removed from the days when ‘women of a certain age’ were described as ‘hysterical’ and burnt as witches or thrown into the asylum. We are not of a certain age, we are ageing as nature intended. In the East, older women are revered and respected. In the West, we are ridiculed and made to feel that our best years are behind us.

I started the Merry Menopause so that I could connect and share with other women and bring us together. Awareness, information and discussion, should serve us well for the years ahead. The Merry Menopause wants to open up the conversation between women and the people in their lives – partners, children, work colleagues and friends. We will benefit from the changes we make and the awareness we achieve, as will the generations of women who are gloriously coming up behind us.

Join me, join the conversation and choose to have a MERRY, not a miserable, MENOPAUSE.